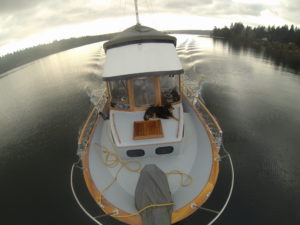 Several months ago, I saw a video that inspired me to do something bold. It was a video that depicts a father in a third world village walking for miles on his hands in order to pray on his son’s fifth birthday. In the video, if his act and his vehement praying seem initially overblown it is only because, as viewers, we do not yet know that this is the only of his five children to live to five years old. This father’s gratitude and joy as well as his ancient despair are palpable as his son looks on. This little boy’s fifth birthday did not pass unmarked. It will be forever adorned with his father’s sweat and tears. It will remain burned into the minds of all who witnessed it and therefore will be eternally a part of the history of this family and this village. If you haven’t already seen it, watch the video here: http://youtu.be/UF7oU_YSbBQ

My son, Coulter’s 10th birthday was coming up. What could I do that would mark his birthday and express my gratitude and joy for his 10 years on this earth? My mind first went toward physical feats. I could swim around Quartermaster Harbor (which is no small thing in a Pacific Northwest early spring.) I could run some atrocious number of miles, do 100 push-ups or walk through our neighborhood on my hands. As I pondered these I knew I was somehow missing the point. When I shared my intention with Coulter and my husband, Mike, however, they got the point immediately and simultaneously shouted, “You’re going to jump off the Black Heron!”

When my stomach lurched and I immediately felt like throwing up, I knew they were right. This was not about challenging myself physically. This was about having something at stake. This was about giving up fear for joy. This was about celebrating Coulter’s birthday by attaching meaning to my gratitude.

The Black Heron is a big boat. I am deathly afraid of jumping into water and despite hours hovering on the edge of pools as a kid, never have. In fact, it is frightening dreams of hitting water that most often startle me out of sleep.

Two weeks in advance of the big day I did an “acclimation slither” into the Puget Sound to mollify friends warning me about the dangers of hypothermia. But frankly, the temperature was of negligible concern to me in the face of my fear of jumping into water. As the day grew closer and we were busy planning Coulter’s party, doubt and regret began to take up permanent residence in my gut. Why in the world did I put this out there? Couldn’t I ever keep my crazy ideas to myself? I began to doubt myself in a big way.

And I continued to doubt myself right up until the moment I jumped. It took two and a half hours and countless false starts but I did it. Oddly, I remember all the dizziness, the butterflies in my stomach and the desperate desire for the whole thing to be over but I don’t remember the moment my feet left the railing. In order to finally do it, I had to get so committed and let go of so much that in that moment I became myself to the degree that I lost awareness of my self. As a coach, I often talk about courage being the threshold between fear and higher energy states like acceptance and joy. What I learned from this experience is that by letting go of my stories about the past (I am afraid of water, I suck at water sports, I can’t jump into water, I hate putting my head under water) and my fears about what could happen in the future (death by sharks, heart attack, jellyfish or drowning) I actually was able to get to a place where I was so in the moment that I lost awareness of time and my physical body and became the experience itself. Having half of Puget Sound up my nose brought me right back, of course, but, for a moment, I got to experience the bliss of being in the present. And, then, the exhilaration and freedom that came after literally plunging into what I am most afraid of. Happy Birthday Coulter!